Monday, April 15, while most people are thinking of their deadline to have their taxes in, the Supreme Court will be hearing oral arguments in a landmark case where Myriad Genetics, a corporate diagnostic testing company, is being challenged on their attempt to have a patent on the “breast cancer genes” BRCA1 and BRCA2.

According to Breast Cancer Action, myself and so many other people, “Human genes are for human beings, not corporations. Corporate ownership of our genes harms women’s health and blocks progress on breast cancer. This is a historic case that has wound through the legal system for four years.”  I wish I could be on the steps of the Supreme Court with Breast Cancer Action in DC, but I am going to be with them in spirit. Meanwhile I am going to print many stories I  find about this case on my Facebook page, Twitter , and articles I scoop on Breast Cancer News.

The lead plaintiffs in the case are the American Civil Liberties Union and the Public Patent Foundation. The Center for Genetics and Society has also signed several briefs. One of the briefs makes the important point that, “U.S. case law and patent statute plainly say that patents can be awarded only for human inventions.”  I think it’s obvious that genes are not a human invention just like the moon is not a human invention. When we make a space craft to go to the moon that’s a human invention.

These genes are in all of our bodies, but if certain mutations of the BRCA1 and BRCA2 genes are present it will raise the risk of someone getting breast and ovarian cancer. This is important information for people to know if they have these variants. These genetic mutations affect choices if there is an increased need of tests for cancer screenings. It also can contribute to someone’s decision if medical professionals suggest that organs  be removed in their cases.

The test can cost over $3000.00 in some cases, and by Myriad having a monopoly, they are the only ones that can do the test. Many low income people can not afford the test and many of them are at high risk for these dangerous mutations. This prevents someone from getting a second opinion and sometimes people are told they may carry some of these mutations but Myriad is not sure if these are the variants that add to their increased breast cancer risk.

Myriad’s patent controls all the versions of the BRCA1 and BRCA2 genes and this also prevents other companies from researching other variants and mutations that are important genomic information for those at risk and actively in treatment for breast cancer. This additional research would contribute important information to help doctors and patients determine more treatment options.

This test is important to metastatic breast cancer patients that are “triple negative” and when they are dying from the disease this test can help give information when deciding if a Parp inhibitor will help them extend their lives for a longer period of time. In the United States, about 108 women die a day from breast cancer. That’s one woman every 14 minutes.

We are hoping that the Supreme Court goes against Myriad and makes the right decision that doesn’t allow Myriad to have this patent. This case will set an important precedent on the future of patents for all the genes that we are trying to uncover in relation to cancer as well as many other diseases.

I am angry because Myriad has plenty of money to hire expensive patent attorneys and it’s obvious they care more about their profits than human lives. I hope the Supreme Court recognizes that this would be a terrible precedent allowing a big diagnostic testing company to have a patent on our human genes.

“Just as we enter the era of personalized medicine, we are ironically living in the most restrictive age of genomics. You have to ask, how is it possible that my doctor cannot look at my DNA without being concerned about patent infringement?”

“If these patents are enforced, our genomic liberty is lost.”

(Christopher E. Mason, of Weill Cornell Medical College and Jeffrey Rosenfeld, an assistant professor of medicine at the University of Medicine & Dentistry of New Jersey)

It is interesting to note that once again with a different set of circumstances, the future of our personal healthcare is again in the hands of the Supreme Court. Because Myriad is trying to patent our own genes, this case has far reaching impact on cancer as well as our rights as patients for many other diseases. The wrong decision could lead to terrible consequences. Let’s hope the Supreme Court gets this one right.

There are some great articles below that I gathered information from. They also give more insight in to this important case.

4. nancy’spoint.com – BRCA1 & 2 Gene Patents, A Landmark Case & A Rally at the Supreme Court 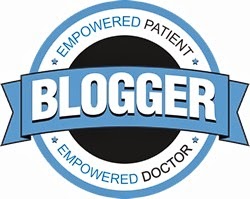 Call your Representatives in Congress